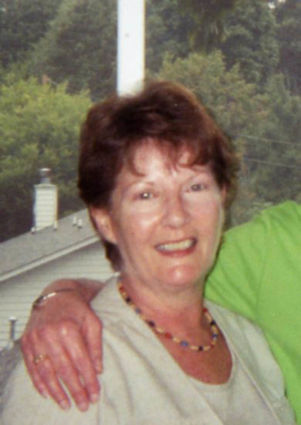 Martha was born May 26, 1946 in Massena, the daughter of the late Leo J. and Mary Martha (Fleetham) Morrow. She was a graduate of Massena Central High School before going to nursing school in Malone where she achieved her LPN certification. She continued her education through Empire State College, achieving her degree as a Registered Nurse. In 1967, she married Terry Breen. They were blessed with two children and after many fulfilling years their marriage sorrowfully ended in divorce. On August 15, 1986, she married Raymond Connors in Hogansburg with Justice George Bero officiating. Ray predeceased her in November 1996.

Martha dedicated her life to her career of nursing as a Registered Nurse for many health facilities and schools. In 1976, she started as the school nurse at the St. Regis Mohawk School (Salmon River), where she continued there for over 25 years. In addition, she was a Nursing Supervisor at the St. Regis Nursing Home. She also provided private in-home nursing care throughout the community all her life. As her health failed, she was a resident of the Massena Nursing and Rehabilitation Center where she continued to assist other residents. Nursing was truly her passion. She cherished the special times she was able to spend dining out with her brother and sister, playing cards with Maureen, and going for rides with her which often involved stopping to enjoy a good bowl of soup and an ice cream. Sunday dinners with the "Cooke Family" were also very special to her. In her spare time, she enjoyed reading, a good mystery novel was her favorite. She loved camping with her family and friends, sitting by and enjoying the water. She enjoyed watching Jeopardy, hockey, golf and tennis, and listening to Opera music. Martha also had a great love for animals and especially cherished her "grand doggies." She was a communicant of St. Mary's Catholic Church, the current Vice President and Secretary of the Friendship Club at Massena Rehabilitation and Nursing Center, and was the founder of the local Alzheimer's Support Group in Massena, established many years ago, in honor of her father.

Also surviving Martha is her chosen sister and friend of 61 years, Jacqueline Mousaw Herne and her husband, Allan of Massena; and her family, Danielle Chapman (Jon) and Chas (Jamie) Herne, all of Massena; and their children, Sydney, Aunamarie, Easton, and Charleigh.

In addition to her parents and her husband, she was predeceased by her sister, Patricia Matthews; and twin siblings, John and Janice Morrow in infancy.

A Mass of Christian Burial will be celebrated on Friday, February 21, 2020 at 11:00 AM, at St. Mary's Catholic Church. The family will receive friends prior to the mass starting at 10:00 AM. A celebration of her life will follow the mass at the VFW in Massena. All are welcome to attend.

Memorial contributions in her memory may be made to the Alzheimer's Association.