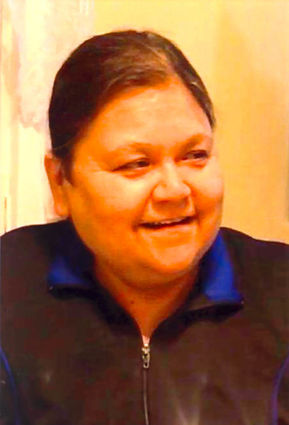 Audrey was born in Cornwall, Ontario on March 23, 1960, the dear daughter of Irene (Sawatis) Johnson and the late Frank Johnson. She was predeceased by her father Frank Johnson on November 28, 1982; her older brother Bruce "Check" Johnson on January 6, 2019; and her younger brother Terry "Loumox" Johnson on May 8, 2018.

Audrey worked for many years at the Akwesasne Child Care Program and various businesses throughout Akwesasne. She was an avid Montreal Canadiens fan. In her younger years she played broomball and softball where she was known to be an excellent pitcher and softball player. She enjoyed watching her son Buck play lacrosse and softball. She also enjoyed watching her grandson Ronin and nephew Waylon play softball. Audrey was known to be a loving person, especially when it came to her son, grandchildren, nieces and nephews. She was always their biggest supporter in anything they did. She enjoyed just spending time with her family and attending family events. She also enjoyed being at the ballfield and watching the St. Boys Softball team. Her hobbies included beading, sewing, knitting, and playing bingo with her husband Frank.

She is survived by her husband, Frank Diabo and her son Frank "Buck" Diabo both of Kahnawake; her step-daughters Lisa, Megen, and Annalee, and her step-son Frankie all of Kahnawake; her mother Irene Johnson of Kanatakon; her four sisters, Karen Point of Kawehnoke, Shirley Johnson of Las Vegas, NV, Pam Johnson (Bill) of Massena, NY, and Sherry Oakes (Lenny) of Ganienkeh. She is also survived by her many nieces and nephews and a god-daughter Shyla Cook.

Friends called at the Poissant and Deer Funeral Home, Old Malone Road, Kahnawake, Quebec from Saturday, February 15, 2020 until Tuesday, February 18, 2020 at 11 AM were funeral services were held at the funeral home.