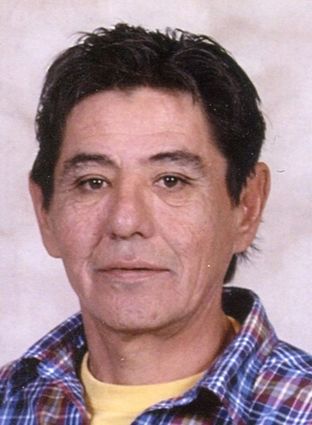 Deedee was born December 23, 1953 in Cornwall, the son of the late Michael and Agnes (Caldwell) Boots. He grew up on Kawehnoke, where he attended Cornwall Island Day School. He married Beverly Cook through the Longhouse in Kanienkeh at Eagle Bay in 1974.

As a very young man, Deedee traveled extensively with White Roots of Peace helping to spread the teachings of the Kaianerehkowa (Great Law). He later left Akwesasne again, to pursue work as an ironworker. After returning to Akwesasne he worked for various construction companies within his community and owned a lawn care business, Ground Control. He was very active within his community advocating for facilities that would provide the youth with a safe place to gather and participate in healthy activities. He willingly took youth under his wing, teaching them what he knew about carpentry, mechanics, lawn care and the importance of a strong work ethic. Deedee was a strong supporter of other Native American communities in assisting them with recovery. He took great pride in his garden and caring for his lawn. He will fondly be remembered for his efforts in reusing, repurposing, and recycling, as well as restoring many broken machines back to new life. When Deedee found recovery, he would extend his support to others seeking sobriety with selfless giving, without hesitation or judgement.

Deedee is loved by many for his natural gift of making others feel welcome, cared for and important; especially children and young people whom he treated as his own. In recent years he earned the respect of many Onkwehonwe relatives for his mastery of the Mohawk language and his contributions to ceremonial fireplaces. Throughout his life he maintained genuine and loving relationships with his family and friends who, in turn, showed their love for him in his last days through prayers, ceremony, song, kind and helpful gestures, and simply sitting by his side.

He is survived by his children, Karonienhawi Thomas, and her mother, Beverly; Jaid Boots, and her mother, Elizabeth Edwards and Hawi Lazore; his grandchildren, Quentin and Marcella Thomas; his siblings, John Boots, Diane and Louis Conners, Harvey and Patricia Boots, Francis Boots, Anna Boots, Yvonne Boots, Jake Boots, and Emily Boots; and many nieces and nephews.

In addition to his parents, he was predeceased by a daughter, Watsennineh Boots Edwards; his son-in-law, Curtis Dion Thomas; his siblings, Peter, Jimmy, Joe, Lena, Margaret, Betty, Freddy, Archie, and Angus; and his brother-in-law, Kim Boy Edwards.

Friends may call at the home of his daughter, Karonienhawi Thomas, 43 Okwaho Road, Racquette Point beginning 6:00 PM Wednesday until the time of the services on Friday at 11:00 AM. Cremation will follow.

In lieu of flowers, those wishing may consider donations to the Kawehnoke Recreation Center or the Native American TeePee Society.