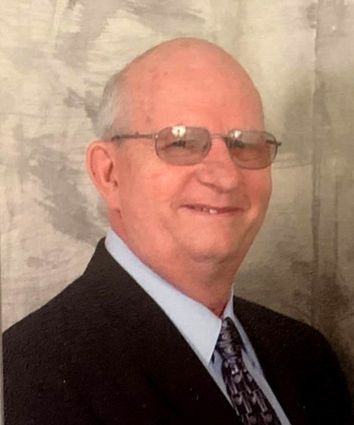 MOIRA - With heavy hearts, the family of Richard L. Reyome, 84, announce his entry into the spirit world to join his wife Alliene on Wednesday (October 21, 2019) at his home. He was comforted and surrounded by his loving family at his side. Arrangements are with the Flint Funeral Home, Moira.

Born January 5, 1935 in Bombay the son of Floyd & Marian (Lauber) Reyome. On July 9, 1955 Richard united into marriage with Alliene C. McDonald at the St. Regis Church. He was retired from General Motors after 38 years of service.

Dick enjoyed camping at the many local campgrounds in the area and listening to bluegrass music. He enjoyed attending church both at St. Ann's Church and St. Mary's with his grandson Adam and his great grandson Landon "Old Lady". In the early 1970's he was a member of the Moira Vol. Fire Department where he was past chief.

Treasured memories will be forever in the hearts of his children Richard J. Reyome of Windsor Locks, CT, Gregory P. Reyome of Houston TX, and Christopher O. (Zeanna) Reyome of Bombay. Also surviving him are his three grandchildren Anthony (Amanda Gile) Reyome, Adam Reyome and his companion Ashley Martin, and Amanda Reyome as well as 10 great grandchildren.

Besides his parents he is predeceased by his wife Alliene who passed August 22, 2018, and a son Douglas in infancy.

A time of visitation will be held Thursday (Oct. 24) from 2-4 and 6-8 at the Flint Funeral Home, Moira. A Mass of Christian burial will be held Friday morning at 11a.m at St. Mary's Church, Brushton, with the Rev. Raymond Moreau celebrating and the Rev. Jerome Pastores concelebrating. Burial will take place in the parish cemetery.

Memorial donations in Dick's honor may be made to the Moira Vol. Fire and Rescue Dept. or to the American Diabetes Association.

Condolences and memories may be shared at http://www.flintfuneralhomeny.com.