Skylar B. Crouse, facing 25 years in prison, tells judge he lives in Nedrow 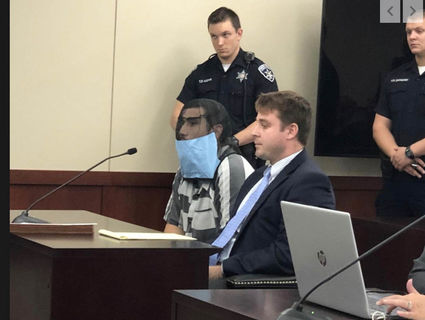 Crouse walked into Warren County Court on crutches and wearing a mask to prevent him from spitting on people. Arriving at his arraignment last week Crouse spit on a news media cameraman. Photo by The Post Star https://poststar.com.