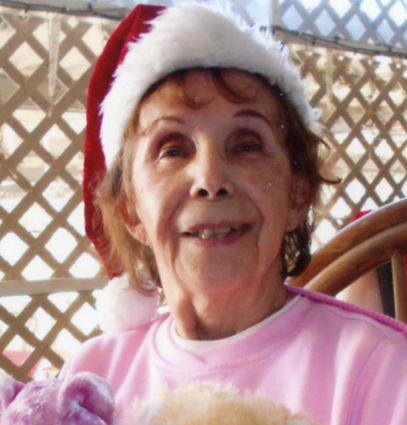 Audrey was born August 5, 1932 at home in Akwesasne, the daughter of the late Joseph and Sarah (Terrance) Jock and attended schools in Bombay. On March 31, 1951 she married Kenneth A. McElwain at St. Regis Catholic Church with Rev. PJ Bourget officiating.

Audrey worked in the cafeteria at St. Regis Mohawk School retiring as the cafeteria manager. She also worked for many years for Kriff's Furniture in Massena. She assisted many in redecorating their homes while with Kriff's. She was an avid tap dancer and was a member of the Wowette's Tap Dancing Group in Florida and was also active with the North Franklin Theater Group. She enjoyed playing bingo, and for the past 20 years enjoyed wintering in Hudson, Florida.

She is survived by her loving husband of 68 years, Kenneth; her children, Valorie Good and Rodney McElwain, both of Fort Covington and Sarahlyn Dominy of South Carolina; her grandchildren, James and Patricia McElwain, Wendy and Jarrad Terrance, Cassandra and Brian Stahl, Nicholas and Chelsea Martin and Tai Martin; her great grandchildren, James Antonio, Samantha, Brodie, Dominic, Brooke, Rosalyn, and Graham; and many nieces and nephews.

In addition to her parents, she was predeceased by 3 children, Herbert J., Kenneth Jr., and Jerilyn McElwain, and her siblings, Raymond, Truman, Edgar, and Paul Jock; Dorothy Smith and Bertha McElwain.

In lieu of flowers, those wishing may consider donations to an organization who assists dementia patients.