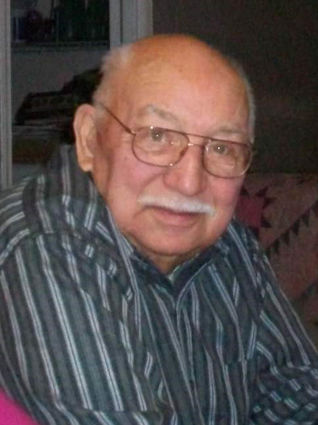 Lud was born March 13, 1931 in Chicago, the son of the late Walter Beeson and Helen Ludwig. He attended schools in Chicago and achieved his GED while in the Air Force. On April 14, 1948, he entered the United States Air Force, serving his country during the Vietnam War and the Korean Conflict. He retired on July 21, 1968 after 20 years of service. On October 6, 1951, while stationed at Andrews Air Force Base, he married Sylvia P. Heffelfinger in the base chapel.

After his career retirement from the Air Force, he worked for Lockheed – Martin for a time until becoming the Head of Security at First Interstate Bank, now Wells Fargo, in Phoenix. He and Sylvia lived in the Phoenix area for many years after retirement, moving to Akwesasne 17 years ago where he became active within the community as a member of the Hogansburg Akwesasne Volunteer Fire Department, Andrew W. Cook American Legion Post #1479, and the VFW Post #1143. He was an avid car enthusiast, both the full size and model cars.

In addition to his parents, he was predeceased by a grandson, Landon Beeson and his sister, Phyllis Wilson.

Friends called Wednesday at the Donaldson Funeral Home, Massena, where members of the American Legion Post #1479 conducted a memorial ritual. There will be no funeral services. Burial will be held privately in the Veteran’s Section of St. Joseph’s Cemetery, Akwesasne. His family kindly invites friends to his memorial meal on Thursday 2:00 PM at the American Legion in Akwesasne.

Memorial contributions may be made to the Hogansburg Akwesasne Volunteer Fire Department or the local Legacy Veterans Motorcycle Club.