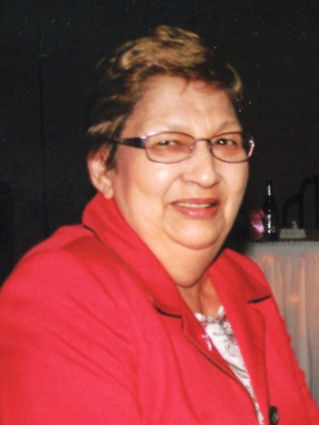 Mary was born January 23, 1946 in Hogansburg, the daughter of the late Andrew and Agnes (Lazore) Tarbell. She attended St. Regis Mohawk School and Salmon River Central School and later achieved her GED while living in North Carolina. She was previously married to Vincent Bruno; they were blessed with a son.

Mary lived and worked in North Carolina for many years before moving back to Akwesasne. She enjoyed reading and collecting various knickknacks, especially roosters.

She is survived by her companion of 10 years, Thomas Terrance; her son Vincent of North Carolina; her sister Nancy and Charles Markham; two brothers, Mike and Marilyn Tarbell, and Roy and Caroline Tarbell; and many nieces, nephews, and cousins.

In addition to her parents, she was predeceased by four brothers, Charles, Francis, George and John Tarbell.

Friends may call Friday 2-4 and 7-9:00 PM at the Donaldson Funeral Home, Massena, where funeral services will be held Saturday 11:00 AM with Rev. Jerome Pastores officiating. Burial will be held later in the spring in Kateri Cemetery.

Memorial contributions may be made in her memory to St. Jude's Children's Hospital or the Akwesasne Death Benefits Group.