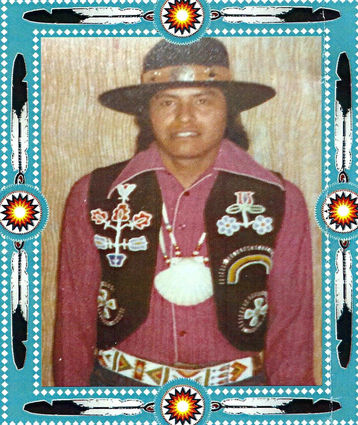 Bobby Joe, born on January 1, 1953, passed away on March 3, 2019, at the Choctaw Residential Center, at Choctaw, MS. Son of the late Henry and Effie Joe. He was employed with U.S. Motors as a machine operator for 25 years. He enjoyed Traditional Chanting and participated in ceremonial stomp dancing with the Muskogee Creek Tribe in Oklahoma.

Bobby at one time was a member of  "White Roots of Peace" in Akwesasne along with Tom Porter, and others.  He also contributed in other ways to our traditional people.

He is survived by two sons, Randy Jim and Anka Joe; two stepdaughters, Sherryl Farve and Sherry Dixon; one stepson, Efrem Willis. Former spouse, Karen Joe; two sisters, Ida Mae Powless and Alice Joe Porter and her husband Thomas Porter, and numerous nieces and nephews and grandchildren along with his companion Effie Bell and her daughters.