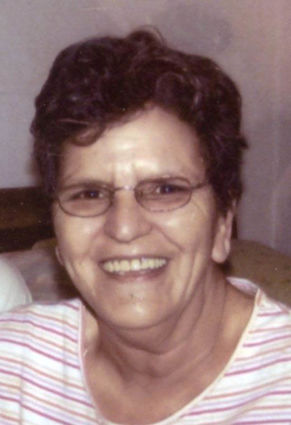 Mary Ellen was born March 5, 1954 in Syracuse, the daughter of the late Edward and Julia (Oakes) Mangan. She attended schools in Syracuse and was a graduate of Central Tech in Syracuse. On January 22, 1977, she married Michael L. Jackson in Bombay.

Mary Ellen worked for time in Syracuse before moving to Akwesasne where she worked as a housekeeper at Iakhihsohtha and in the laundry department at the Akwesasne Mohawk Casino. She also did private daycare in her home for many years. She was a member of the St. Regis Mohawk Senior Citizens and the Akwesasne Death Benefits. Mary Ellen enjoyed playing bingo, cards, watching bands, dancing, and watching her grandchildren play sports.

Mary Ellen is survived by her children, Jennifer and Frank Laughing of Akwesasne; Joanna Jackson and David Billings of Akwesasne; her grandchildren, Gracie, Mylynn, Frankie, and Jaxx Laughing and Wari, Ethan, and Beau Jackson and her foster daughter, Julie LaDue (Kyle Terrance) and her children, Aleah, Blaine, Kaprice, and Karmen. She is also survived by her sisters, Beverly, Rita, Rose, Helen, and Penny (Andrew), all of Syracuse; her brothers, Mike Oakes, Charlie, Ed (Susan), and John Mangan of Syracuse and Joe Mangan of Tupper Lake; many nieces and nephews including two nieces that were close to her heart, Kara and Jay Williams and Michelle Priola and her children, Antonio and Jacobie.

In addition to her parents, she was predeceased by a brother, Richard Oakes.

Friends called at the Akwesasne Homemakers starting Wednesday until Friday. A Mass of Christian Burial will be celebrated Friday at 10:30am at St. Regis Catholic Church with Rev. Jerome Pastores officiating. Burial will be in the spring in St. Joseph's Cemetery. Serving as honorary pallbearers will be her nieces, Janelle, Jodi, Lori, Deanne, Corleen, and Charlene.

Memorial contributions may be in her memory to St. Regis Mohawk Senior Citizens or the St. Regis Catholic Church.