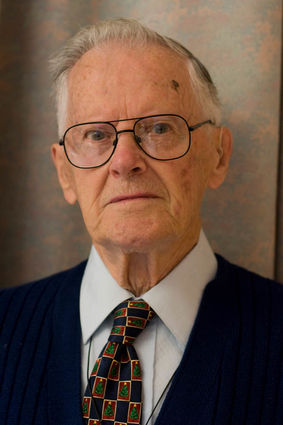 In Richelieu, October 26th, 2018, deceased at the age of 97 years old, after 76 years of religious life, B. Bertrand Girard, S.J. Born in Saint-Gervais-de-Bellechasse. He joined the Jesuits in 1942. After his noviciate, he was a gardener, a carpenter as well as a cook in various Jesuit residences. He also took care of various activities. He worked among the Akwesasne Mohawks from 1972 to 2006. Beside his Jesuit colleagues, he leaves to mourn 2 sisters: Jeanne (wife of the late Gratien Deschênes) and Camille (wife of the late Hervé Lizotte) and one brother Antonin Yves, Cistercian monk at l'Abbaye Val Notre-Dame, as well as many nephews, nieces and friends.

Funeral will be celebrated the same day at 14h00.