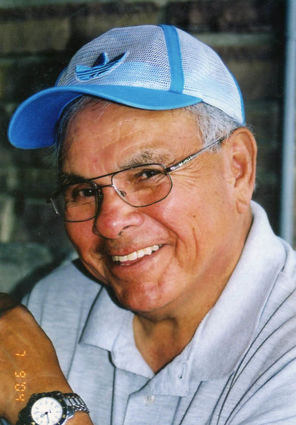 AKWESASNE - Peter "Pete" Sunday, Sr. was called home to the Sky World on the morning of October 21, 2018, surrounded by his loved ones.

Pete served in the US Military, being given an honorable discharge from active service. He went on to work as an iron worker for many years, where he also retired. Pete worked for years as a police officer with the Akwesasne Mohawk Police Services, where he served for many years as Chief of Police, finally retiring from years of service at Iakhihsohtha. After retiring, Pete thoroughly enjoyed spending his time with his wife, family, friends, and singing his favorite country tunes every chance he had.

Calling hours for Pete were at the home of his daughter, Tina, from Tuesday, October 23rd until Thursday October 25th. A Mass of Christian Burial will be celebrated at the St. Regis Catholic Church on Thursday, October 25th, at 10:30 AM with Father Jerome Pastores celebrating, followed by dinner at the American Legion Post 1479.

Memorial contributions may be made in his memory to Iakhihsohtha Activities Fund.