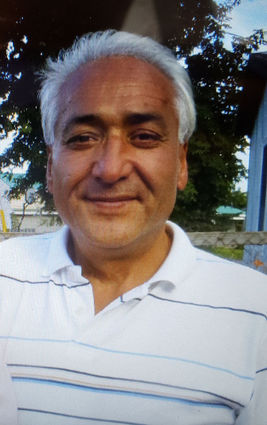 Kenneth was predeceased by his parents Joe and Charlotte (née Mitchell) Diabo and by his sister Elizabeth Mayo. He was also predeceased by his favorite nephew, who he affectionately called "Mogawli", Jonathon James Clark Diabo. Kenneth Richard Diabo, or as many people called him "Diablo," worked as an Ironworker for many years with the Local 440 and 711 Montreal. Kenneth played numerous sports including softball for teams including the Snye Bums, Skidder's Construction and R&R Smoke Shop. He enjoyed watching softball tournaments as well. Diablo played lacrosse for the T-Birds going to B.C. for the "Old Sticks Masters" tournament. He was also inducted into the Lacrosse Hall of Fame in 2010 for the Akwesasne Warriors (76-80). His true love was fishing. He could always be found participating and winning many tournaments like the annual Noah Thompson Fishing Tourney, Thomas Marina, Harry King and the Peter Delormier Tournaments, where he was able to catch the biggest Bass of the Tourney. Later in life he loved going to the casino and spending time with family, especially going to his grandkids' birthday parties and watching them play lacrosse and hockey games.

Kenneth rested at his residence in Kana:takon from Sunday, August 19, 2018 until Tuesday, August 21, 2018. Cremation to follow. Funeral arrangements entrusted to LAHAIE AND SULLIVAN CORNWALL FUNERAL HOMES, West Branch, 20 Seventh Street West, (613-932-8482). As expressions of sympathy, Memorial Donations to a charity of choice appreciated by the family. Messages of condolence may be left at http://www.lahaiesullivan.ca.