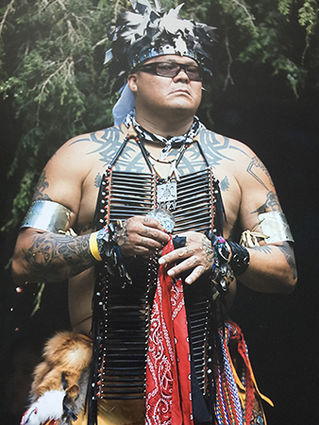 AKWESASNE – Unexpectedly in January, another Leaf has fallen from our family tree into the Spirit World. Kenneth Francis Leaf "Nihawennaa", 50, was reunited with his family on July 25, 2018.

Kenny was born October 22, 1967 in Syracuse, the son of Andrea Schell and the late Francis Leaf and was lovingly raised by his Ma, the late Agnes Leaf. He attended schools on Kawehnoke and trade schools in New York and Ontario. Kenny was an ironworker working in various states with the International Association of Structural and Ornamental Steelworkers, Local 7 - Boston and 711 – Montreal.

Kenny actively participated in the Powwow Trail and enjoyed drumming, dancing, and singing. He was always wanting to learn and use the traditional ways and created his own regalia for ceremonies. Kenny had a larger than life personality, was always giving those around him encouragement, and was quick to give his own nickname to his many family members and friends. He also enjoyed hanging out with friends, family cook-outs, and bon fires. Kenny cherished most the time he was able to spend with his family, especially the joys of his life – his children and grandchildren. 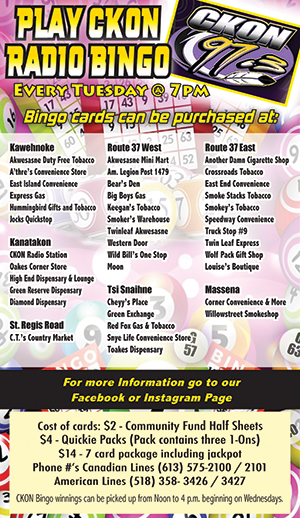 In addition to his father and grandmother, Kenny was predeceased his siblings, Josephine Back, Mary and Wilfred Bova, Franklin "Bank", George and Minnie Leaf, and Frank "Mout" Leaf.

Friends may celebrate his life at the home of his sister and brother-in-law, Marilyn and Thomas Francis, 503 Island Road, Kawehnoke, starting 2:00 PM Thursday until his funeral ceremony on Friday 11:00 AM. Burial will follow in Pierce Family Cemetery on Kawehnoke.

Memorial contributions in his memory may be made to the Hogansburg Akwesasne Volunteer Fire Department.