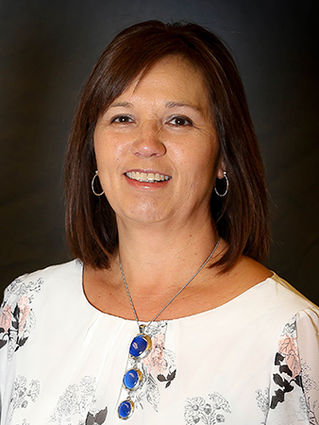 AKWESASNE – After a courageous battle with cancer, Mrs. Terry E. McDonald, 55, of 379 Wade LaFrance Memorial Road, peacefully passed away early Friday morning, March 30, 2018 at her home with her loving family by her side.

Terry was a teacher at Tsi Snaihne School for the past 25 years and was a member of the Public Service Alliance of Canada. She found great peace in her flower gardens, watching hummingbirds, sitting around bonfires, crafting with Pinterest, and the time she was able to spend with her family and friends at their cottage on Stanley Island. Terry also cherished the special times she shared with her babies, Cora, Riley, and Julia.

She is also survived by her husband's siblings, Carol and Carl White and Jim and Nikki McDonald, all of Akwesasne; her sisters-in-law, Sheila McDonald of Milton, Florida and Bonnie McDonald of Bombay; and her godchildren, Jason Lazore, Noah McDonald, and Kelly Boutsalis.

Terry was predeceased by her father, Alfred; her father and mother-in-law, Angus and Sally McDonald; her brothers-in-law, Gus and Muzzy McDonald; and her sister-in-law, Faye Mitchell.

Friends called at her home from Sunday until Tuesday. A Mass of Christian Burial was celebrated on Tuesday, April 3 at the St. Regis Catholic Church with Rev. Jerome Pastores celebrating. Burial will be later in the spring in Kateri Cemetery.

Memorial contributions may be made in her memory to the Akwesasne Cancer Support Group.