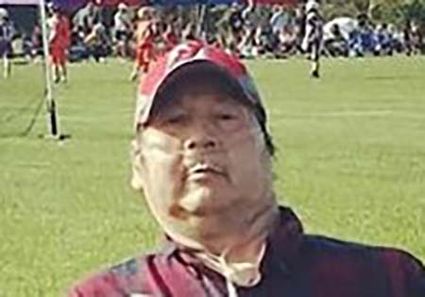 AKWESASNE – After a lengthy illness, Mr. Andrew "Aroniawenhte" Swamp, 55, of Tarbell Road, peacefully passed away early Tuesday morning, April 3, 2018 at Upstate University Hospital with his family by his side.

Aroniawenhte was born September 29, 1962 in Syracuse, the son of Judy A. (Point) and the late Jake A. Swamp. He attended St. Regis Mohawk, Twin Rivers, and Indian Way Schools.

For a short time, he worked with Local 711 as an ironworker. Aroniawenhte was a self-employed Native American Artisian, painting and making rattles and baskets, selling them in the community. He was also a woodworker and craftsman and enjoyed shopping for antiques. He was a proud supporter of Mohawk language immersion, Indigenous causes, and was a founder of the Akwesasne Freedom School Survival Race. He will be fondly remembered for being an avid chess player, his skills in playing trivia, and a good game of poker. He was also a New Jersey Devils fan and enjoyed playing volleyball, lacrosse and golf before his health declined. Aroniawenhte also had a great passion for filmmaking and was currently in the process of making a film. At one time, he was active with the Akwesasne Community Watch, a member of the Akwesasne Singing Society, and as a young man, a Ganienkeh soldier.

Friends called at the Akwesasne Homemakers starting at 6:00 PM Wednesday and will continue until 10:00 AM Friday, April 6. His funeral ceremony will be held Friday, April 6 at 11:00 AM at the Mohawk Nation Longhouse, followed by burial in Solomon Road Cemetery.

Memorial contributions may be made in his memory to the Akwesasne Freedom School.

Arrangements are with the Donaldson Funeral Home, Massena, where memories and condolences may be shared online at http://www.donalsdonfh.com.