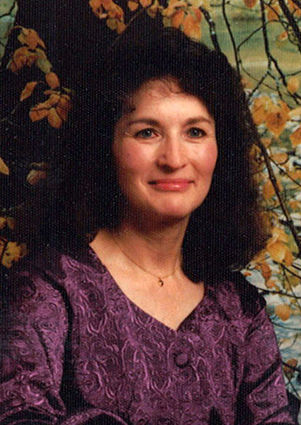 Massena – Mary Iva Manning, age 76, passed away early Monday morning, February 12, 2018, at Massena Memorial Hospital. The family has entrusted funeral arrangements to the care and direction of the Phillips Memorial Home, Massena. Calling hours for Iva will be held Thursday, February 15, 2018 from 4:00 to 7:00 P.M. at Phillips Memorial Home, Massena. A Mass of Christian Burial will take place 10:00 A.M. Friday, February 16, 2018 at The Church of the Sacred Heart, Massena with Rev. Mark R. Reilly officiating. A spring burial will be held in St. Patrick's Cemetery, Hogansburg, NY at the convenience of the family.

Mary Iva White was born to the late John and Elizabeth (Jacobs) White in Massena on July 20, 1941. She attended schools in Cornwall, and later and became an LPN. She married her first Husband Romeo Rainville who predeceased her in 1973. Iva was employed by Massena Memorial Hospital until her retirement in 2003. She was married to Robert J. Manning on July 7, 1995 at St. Viator Catholic Church in Las Vegas, NV. Together they travelled extensively including Italy and the Holy Land. Iva loved to be outdoors. She was an avid skier and golfer who enjoyed playing the lottery and bingo. She will be missed dearly by all that knew her well.

Iva is survived by her loving son Steven R. Rainville of Massena, NY, and her siblings Cecilia Montour, Barney White, Barbara Nelson, Andrew and Sophie White, Joseph White all of Akwesasne, Lawrence White of Ottawa, Ontario and Kenny White of Manchester, NH. Iva is also survived by several nieces, nephews and cousins. Iva was predeceased by her parents, her first husband Romeo Rainville, her second husband Robert Manning in September 2017 and her brothers George and Jimmy White.

As per the family's request, in lieu of flowers memorial contributions may be sent to the American Heart & Stroke Association, PO Box 3049 Syracuse, NY 13220-3049.

Online condolence and memories may be shared with the family by visiting http://www.PhillipsMemorial.com.