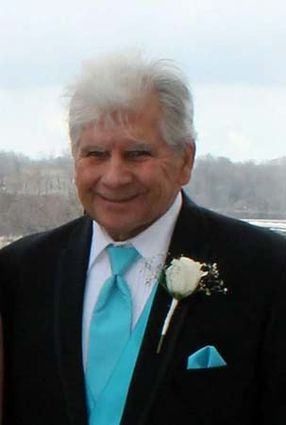 Angus was born December 16, 1942, in Cornwall, Ontario, son of the late Mitchell and Sarah Jackson White. He attended St. Regis Mohawk and Kawehno:ke (Cornwall Island) schools. He married Katherine Jock at their family home in 2002. Previous marriages to Catherine Thompson and Sharon Smoke ended in divorce.

Angus was an Iron Worker with Local #440 Utica, retiring as a foreman. He was active with the Union and a member of AA for 24 years. He was a member of Akwesasne Baptist Church where he enjoyed helping teach religious instruction.

Angus enjoyed fishing with his dad, meticulously caring for and tending to his lawn, and spending time with his family and family dinners. He always kept up with current events and followed his beloved NY Yankees and Syracuse Orangemen, reading the paper each morning with his cup of coffee.

He is survived by his wife, Katherine; his three sons, Dwayne and Angela White of Cornwall, ON; Joseph and Melissa White; and Angus Peter White II, all of Akwesasne; and seven step children, Henry and Joy Gibson, Leo and Jen Gibson, Damon Gibson, Candy Gibson and her companion Chris Thompson, David and Sheila Square, Sarah Square, and Jennifer and David Leaf, Jr., all of Akwesasne; several grandchildren and great grandchildren; his aunt Josie Tarbell of St. Regis; and many cousins.

Besides his parents, Angus was predeceased by three brothers, Larry, Mitchell, and Gary White; his aunt, Catherine Tarbell; and his first cousin, Esther Carney.

As per his wishes, there will be no calling hours or funeral service.

Donations may be made in Angus' memory to the Akwesasne Kids for Fishing Program at the Saint Regis Mohawk Tribe.