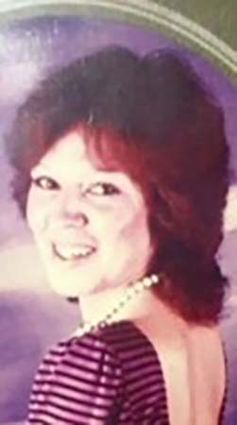 AKWESASNE – After a lengthy illness, Ms. Esther F. Carney, 61, of 322 McGee Road, peacefully passed away Friday morning, October 6, 2017 at the Alice Center in Malone with her family by her side.

Esther was born February 21, 1956 in Syracuse, the daughter of Josephine Nancy Tarbell and the late Donald Francis Carney. She attended Syracuse schools and Blodgett Vocational School.

Esther worked for many years harvesting fruits and vegetables with the migrant workers in Fulton. She enjoyed doing word search puzzles, watching crime shows on the television and listening to soul music. Most importantly, she enjoyed spending time with her children.

Esther is survived by her mother, Josephine of Sweet Grass Estates in Kanatakon, Quebec; her children, Trudy Carney, Guy Goff, III, Travis Goff, and Erica Benedict; her grandchildren, Guy IV, Raeden, Raegen, and Melissa; her sisters, Rosemary Andujar of Puerto Rico, Josephine "Nancy" Carney of Rooseveltown, Debbie Payne of Akwesasne, Donna Carney of Missouri, Becky Carney of Syracuse, Diane Maracle of Buffalo, and Beverly Henson of California; her step brother Sam Benedict of Kanatakon, Quebec; and step-sisters Patsy Neufang and Sandra Barry, both of Syracuse; and many nieces and nephews.

In addition to her father, she was predeceased by a step-brother Mike Benedict.

A celebration of Esther's life will be held on November 4, 2017 at her home. Friends and relatives are welcome to visit with the family throughout the day.