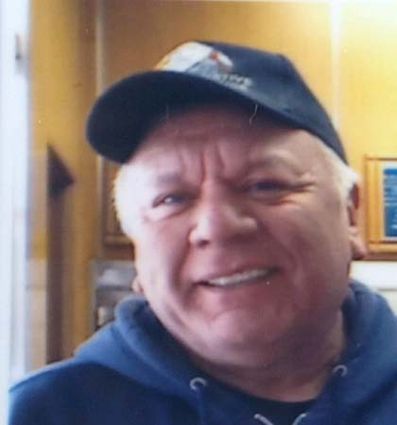 Resting at 50 Angus Delormier Memorial Road, Akwesasne, Ontario, on Wednesday, June 7 from 5pm. Mass of Christian Funeral will be in St. Regis Church on Friday at 2pm. Interment at Kateri Cemetery.

Frank was an ironworker with the Local 440, a former member of the Hogansburg Akwesasne Volunteer Fire Department, Station 2, and a former employee of the Seaway International Bridge Corp. Frank also owned and operated F.D. Fencing, Frank's Marina and Delormier Confectionary.

Frank was an avid fisherman and a true outdoorsman. He hosted numerous fishing derbies, water regatta races and snowmobile races. He was a natural when it came to sports, trying everything once. He started the 34 Racing Team as a driver, then passed the torch to his son Nathan.

Frank could always be found by the river with his numerous friends and buddies. Whether it was cleaning fish, entertaining or just relaxing by the fire, he was always surrounded by company and had a Tim Horton's in his hand.

As expressions of sympathy, Memorial Donations to the Hogansburg Akwesasne Volunteer Fire Department would be appreciated.

Messages of condolence may be left at http://www.lahaiesullivan.ca