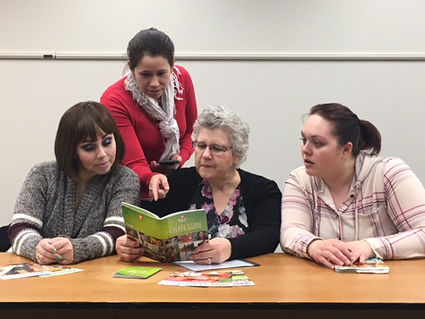 Curtain rises – A mill town that has operated since 1897 suddenly closes and virtually every socio-economic string is attached the mill. The closing quickly sends the entire town in an emotional and economic depression. Sound familiar? Sarah Quick wrote, Knickers! A Brief Comedy, it about an imaginary mill town called Elliston Falls. Enter a chipper but overwhelmed tourism officer who develops an unlikely friendship with members of the local chapter of Weight Watchers. Could their odd friendship create the salvation the town is starving for?

In a funny and irreverent comedy that celebrates determination, entrepreneurial spirit, and the willingness to bare it all, seven actors from Vagabond Theater, Cornwall bring this to the stage at the Nav Can Center Theater in Cornwall

Director Katie Burke shared a bit about the play, "The bottom has just fallen out. Some people had worked there for 25 – 30 years, so moving isn't the favorite option. So what happens is the ladies finally tire of the husbands hanging around the house all day. The women get together and they work on a plan and this is essentially the story of the play."

Burke added, "The play itself came into our sphere about six or seven years ago, but we put it on the back shelf because it was too close to the closing of Domtar. People were still hurting. So we looked at it again last year. Time has passed. We felt that it is a good time to do this and people in Cornwall had gotten past the worst of the closing. People can relate to what is going on here." 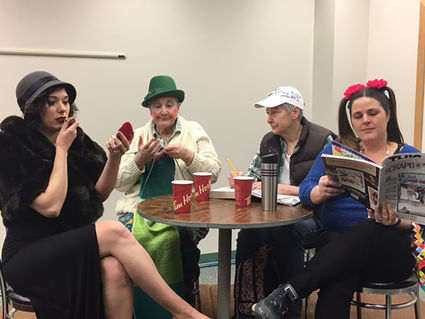