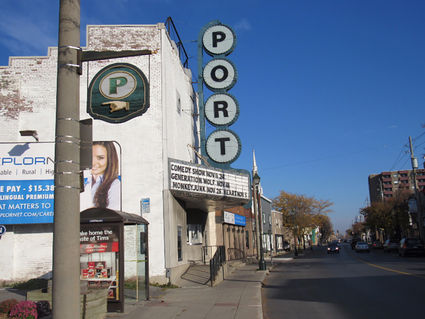 The Port Theater on Montreal Rd. in Cornwall, ON.

Living its first 25 years as the Roxy Theater before becoming what it is known as today, the Port Theater, is celebrating its 75th anniversary. The Roxy Theater of Cornwall opened on December 26th, 1941 and was one of nine theaters to open from Ha...