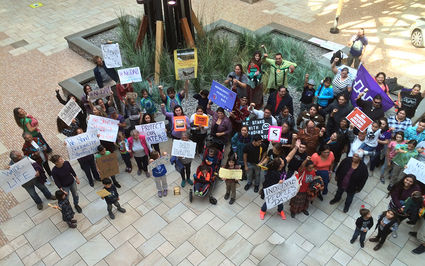 People gathered at the DestinyUSA Mall as part of a flash mob to take part in the round dance.

October 10, 2016-Syracuse, NY-Over 150 people formed a flash mob round dance for over 45 minutes at the DestinyUSA mall today to raise awareness of Indigenous Peoples' Day and the defense of Sioux lands and waters from the Dakota...