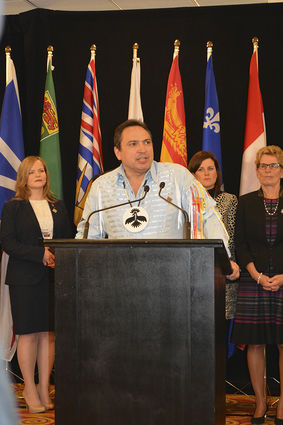 AFN Grand Chief Bellegarde "This was an action-oriented process," said Bellegarde. "It doesn't take place of a National Inquiry".

As family members and supporters of missing murdered Aboriginal women gathered at nearby Carleton University, aboriginal leaders from across Canada met with elected officials from both the provincial and federal governments at the Marriott Hotel t...