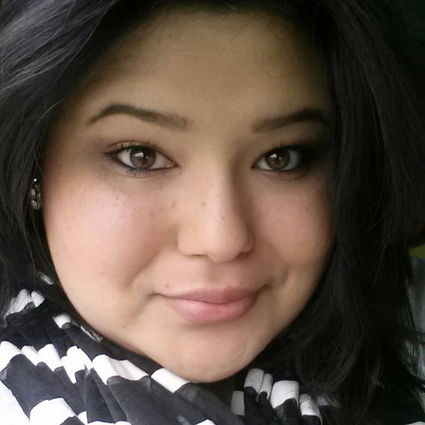 Kirsten Thompson has been a Make-up Artist since 2011, when an event that changed her perspective of life made her realize it was too short. She decided to do what she loved, which was to become a Make-up Artist. Kirsten applied and got into Make-up Designory, the Harvard of make-up schools in Los Angeles, California. She has learned from the best, as all the teachers are required to work in the industry, which allows them to provide contacts for jobs for students, and also guarantees they are up to date on the latest trends and best practices. Kirsten lived in LA for almost a year, taking jobs with magazines and a film.

While in LA, Kirsten met and put make-up on some famous faces. She worked on the film "Criticized" which starred Callum Blue and Kerr Smith. You would know Blue from the film "Colombiana" and TV series "Dead Like Me," "The Tudors," "Smallville" and many more. Kerr Smith was in "Dawson's Creek" and he appeared on "Charmed" and many other films and TV shows as well. Kirsten did the special affects make-up like burns and bruises. She even had to make a fake eyeball and put a fake beard, made of real hair, on Kerr Smith, which she said took a couple of hours.

"There are long hours on a movie set. One time I worked for 24 hours straight. I started at 7am and didn't get done until almost 7am the next morning, and then had to be at the set again for 4pm that day."

Kirsten was also hired by a couple of LA based magazines, one called "Unleashed" and the other "Ice Cream Headache."

For a while Kirsten flew back and forth from here to LA. But for now Kirsten is home, and Akwesasne is lucky to have someone so skilled in the field of make-up. "I don't want to hide people's faces under make-up. I bring out natural beauty and enhance what they have," she said.

Kirsten has volunteered for Akwesasne Coalition for Community Empowerment events like Girl's Night Out, Comic-Con and the Zombie Obstacle Course, she's also done some fashions shows.

Her goal is to be bi-coastal, to fly out to LA when a job arises, but live in Akwesasne.

Kirsten does beauty, bridal, character and special effects make-up and is very flexible. She will go to you, or you can go to her house. Adult Prom is coming up, and it would be the perfect time to check out Kirsten's talents.

Kirsten can be reached at 518-812-3363, email kirstenthmpsn@gmail.com or on Facebook at facebook.com/KirstenThompsonMakeUpArtist. 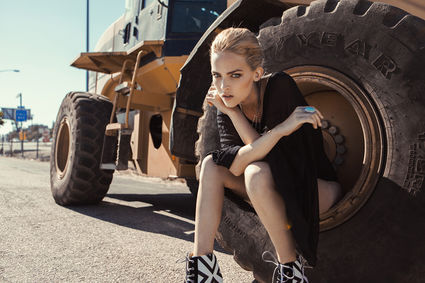 Kirsten did this model's make-up in Beverly Hills for an LA based magazine "Unleashed."