Author Gives Presentation on War of 1812 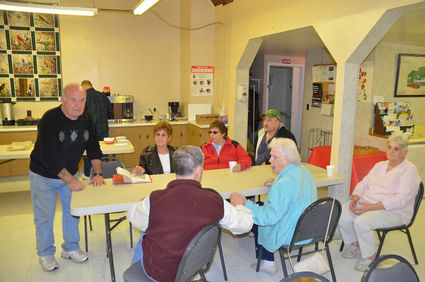 On Friday, November 2nd, at the Ft. Covington Seniors Center, a presentation about the War of 1812 was given. The presentation was given by Author Jack Bilow, and comes after the completion last fall of his second book, A War of 1812 Death Register: Whispers in the Dark. Finger foods and refreshments were provided. 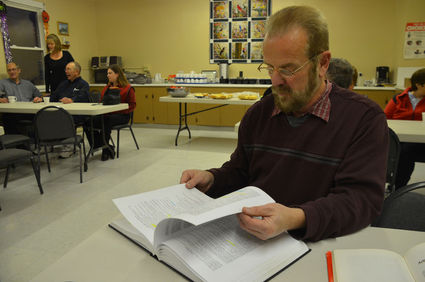 Jack Bilow showing off portions of his newest book, War of 1812 Death Register: Whispers in the Dark.

The content of the presentation pertained to the casualties from the area during the War of 1812, of which Ft. Covington had most succumb to cholera. Bilow said, “Ft. Covington probably has more bodies buried there than any other community in Franklin County. The book is what it says it is, if you’re in this book, things did not end well for you,” said Bilow.

Ft. Covington Newspapers from the time estimated the deaths of soldiers to be over 1,000, however, Bilow found it to be closer to 400 that he was able to find. “That’s just what I had, it could be more,” Bilow said. There was no skirmish in Ft. Covington, but there was one in St. Regis, which resulted in 3 French casualties and three prisoners of war.

Bilow’s latest book comes after spending 24 weeks over 7 years researching in the National Archives in Washington D.C. to complete his second book. Bilow’s first book, Chateaugay, New York, and the War of 1812, was written in 1985.