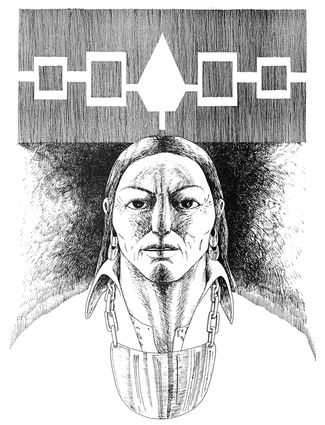 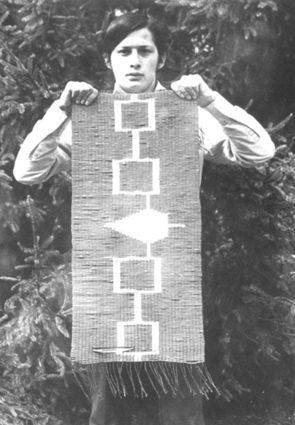 extending out from each side of the squares of the belt, from the Mohawk and Seneca Nations, represents the Path of Peace by which other nations are welcomed to travel, to come and take shelter beneath the Great Tree of Peace or join the Iroquois Confederacy. White here shall symbolize that no evil or jealous thoughts shall creep into the minds of the leaders, the Chiefs, while in council under the Great Peace. White, in this case, is the emblem of peace, love, chari­ty, and equity, and it surrounds and guards the Five Nations.